Hopefully, the title made your head spin, especially since it comes from someone you know who is inextricably attached to the Bible as his source of authority.

To be clear, I am NOT advocating getting rid of the Bible.

I am addressing those who believe that we “have to get rid of a lot of scripture in order to believe ______” (fill in the blank).

Throughout my time as a Christian I have grown in my understanding of God’s dealings with man. Growth of any kind brings changes, and growth in the “grace and knowledge of our Lord and Savior Jesus Christ” (2 Pet. 3:18) is no different.

Change is inevitable—unless, of course, you are one of those who began with perfect and complete knowledge of all things pertaining to God. Unfortunately, I am not one of those.

Therefore, my knowledge, concepts, ideas and even my conclusions have been subject to change. There have also been times when I realized that something I believed was leading me and the ones who followed me astray.

Those were times of great grief for me, for I never intended anything but good. It is scary to discover that what was intended for good became dangerous.

One of the things I continually experienced along the way through the various changes in understanding was the challenge “You have to throw out a lot of scripture to believe that.”

Until recently, I never had an answer for that challenge. I would simply remain quiet to see if there was any other comment. Usually, there wasn’t. That was probably a good thing since I was not giving it any energy.

I’ve had two separate experiences where what I taught from the pulpit was openly challenged. One of those times, the preacher took the next meeting to present all the “opposing” verses to what I had said in the morning service.

Two people have recently said on Facebook that I refuse to be challenged. They base that on my unwillingness to engage in an argument on a public forum.

Maybe I’m wrong, but I choose to practice what Paul taught Timothy—”Remind them of these things, and charge them before God not to quarrel about words, which does no good, but only ruins the hearers.” (2Ti 2:14)

To say, “You have to get rid of a lot of scripture…” only serves to ruin the hearers.

That statement, and the preacher’s giving ‘opposing’ verses mainly serves to show that the Bible contradicts itself. I am sure that is not the intent of those doing so, because they sincerely believe they are opposing my interpretation of the Bible. But, their approach does not indicate such.

I am not aware of a single doctrine of the Bible that does not have its “problem texts”—those that seem to contradict the concept being presented.

So, what are we to do? How do we challenge that which we believe is contrary to scripture? If we are to “earnestly contend for the faith” (Jude 1:3), how should we do that so we do not confuse the hearers, nor present a seeming contradiction within the Bible?

I offer the following as one possible approach.

What we fail to realize is that most of us have a “systematic theology” of which we are unaware. And many times, our system is not very systematic. For this reason, a concept with which we have not engaged, seems to contradict something we believe that is not connected to the concept.

For instance, when faced with the verse “For as in Adam all die, so also in Christ shall all be made alive,” (1Co 15:22), someone objected with “what about choice?”

I’m sorry. I have no idea what the question pertains to, or how it even fits. But, in their mind it fit as a possible objection to the all’s of the verse being equal. They believed that the ‘all’ in Adam was different in number from the ‘all’ in Christ.

In that place, I would prefer to follow the outline given above before trying to understand how free will would counteract the concept presented with that verse.

In conclusion, let me be as clear as I possibly can—

scripture does not contradict scripture.

If we use scripture to contradict a concept, we must make sure that we understand how the scripture used as a base for the concept is in itself misinterpreted or misunderstood. Otherwise we are only proving the atheistic concept that the Bible is full of contradictions.

NOTE: None of this implies that I do not love a good theological or scriptural debate, for I do. 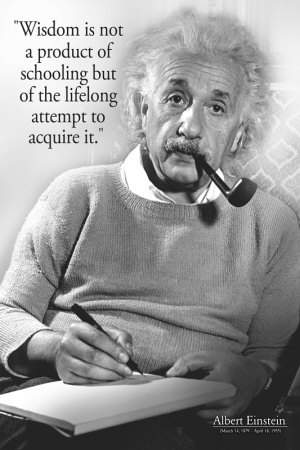 PONDERING the PRINCIPLES of PROVERBS

The fear of the LORD is the beginning of knowledge: but fools despise wisdom and instruction.           (Proverbs 1:7)

Solomon wrote his Proverbs for the people of Israel over whom he ruled. We saw in the beginning that his purpose was for anyone who reads them to grow in wisdom.

But, we no sooner get out of the gate than we are confronted with a controversial statement:

“The fear of the Lord is the beginning of knowledge.”